The Many Levels of Damage Done 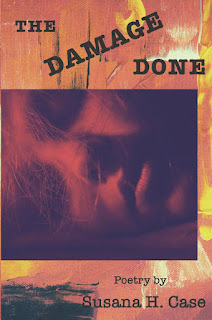 The Damage Done by Susana H. Case is an accomplished novella in verse that is partly murder mystery, partly political intrigue involving local and federal agencies of the American criminal justice system, and snapshots of American pop culture in the 1960s and part of the 1970s. The Dresser read it straight through in a sitting and then started over again to see what made it such a page turner.

Initially, the murder mystery seems to be what drove the Dresser to read feverishly without pause. A fictitious fashion model named Janey is found dead in a sports car. Did she die because she has an eating disorder, was she a suicide, or was there foul play—the car keys are missing. In the second poem of the book, we encounter her dead body from the observations of a tow truck operator who plays the Bob Dylan album Blond on Blond while waiting for the police:

A car sits in violation

of parking rules, the only car

on the street. In it,

from a blanket on the seat

In the seventh poem of the book (all the poems are consecutively numbered), detectives identify Janey as they disparage her body and lifestyle.

A Tootsie Roll with arms,

now that they’ve ID’d her.

She’s skinny with a single name,

and being dead warrant

consideration by the tabloids,

In the eighth poem, the medical examiner tells the detectives that the dead woman’s body was abused from years of starvation and vomiting, that she was probably high from drugs, but had bruises on her mouth and arm not consistent with suicide. The cops then discover, the dead woman appears on an FBI list. The surprising element continues to be that the keys to the car are missing.

the stiff’s on the Security Index,

The boyfriend in the Panthers

and the cops have fun with that,

versus names they can’t spell,

how they hate that interracial shit,

but worse she funneled  money,

Forty-three poems comprise the entirety of The Damage Done. The who, what, and how of Janey’s death are revealed in a flashback told from the murderer’s point of view. It is Janey’s killer who forgets to “unpocket” the keys to her car.

Because a man on the street looks

everyone loves, when he raps on the glass,

while she’s stopped at a light,

Janey roles down her window,

and he’s quick to unlock the door,

Janey’s story is complicated by multiple men who speak in their own voices—her husband who knows she is sick and makes her go to rehab which she runs from, her Black Panther boyfriend who causes her to be listed with the FBI, the man who kills her and who, turns out, is an FBI informant, the federal agent whose informant kills Janey, and the local detective who is stymied about how the Feds are involved with Janey’s death. 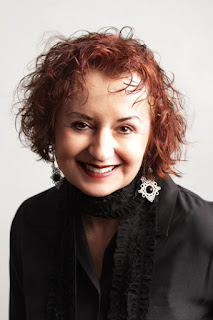 Now add to that cacophony of voices, the seven poem letters of Susana Case published in this collection. Two of these epistolary poems deal with pop culture—“3. Dear Ghia” (call this one ode to a defunct sports car) and “22. Dear Jimi Hendrix (Cento)” (a poem constructed from lyrics borrowed from Hendrix). Three of the letter poems concern political positions—“5. Dear Carol” (a poem that reveals a lost friendship because the friend marries a cop), “14. Dear So-Called Bad Apples” (poem dealing with police misconduct), and “39. Dear Disorder” (poem dealing with FBI misconduct). The last two of the Susana-signed poems reference pop culture and political issues—“26. Dear Detective” (in his neglected garden, the Detective broods about a crime coverup while his son announces joyfully that the song “Aquarius” has won a Grammy) and “32. Flashback: Dear Janey” (Janey is photographed in popular name-brand clothing while growing more paranoid about her safety).

A quote from the Feminist poet Adrienne Rich opens The Damage Done: “I came to see the damage that was done and the treasures that prevail.” The Dresser sees this quote in tandem with the epistolary poems signed “Susana” as a framework for bearing witness. This bearing witness is in keeping with what we are experiencing today, where propaganda and adverse actions attack justice, truth, and American democracy  such that what “treasures prevail” come into question. Indeed, this seems to be part of the damage done to America and the people like Janey who live there.

For the Dresser, what makes this an accomplished novella in verse is the craft of poetry experienced in Case’s writing. The opening poem sets the standard and should be read aloud to get the full enjoyment of the assonance, rhyme, and cadence created by many monosyllabic words of strong beats:

All kind of things

spin out of control;

torsos. If you think

to be the country’s

you could make book

And make your plan—

to avoid the stake

on which you die—

the way to rise

While Janey doesn’t die burnt at the stake, she was playing with fire. Here’s what she says about her husband as she flees a rehab clinic: “She knows he would tie her to a cliff/ face just to try to appease his gods (36. Flashback: Clinic).” In this metaphor, Janey seems to be equating herself to the Greek god Prometheus who gave fire to mankind. The funny thing is in this same poem, she calls the doctors she is subjected to “deranged plumbers,” which conjures for the Dresser a reference to Richard Nixon’s covert special investigation unit known as The Plumbers who were tasked to stop news leaks.

There is much to admire and discover in The Damage Done by Susana H. Case published by Broadstone Books.