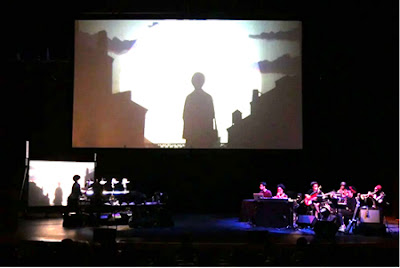 No Blue Memories: The life of Gwendolyn Brooks by Chicago’s Manual Cinema is theater that combines poetry, shadow puppetry, acting, and original jazz. Commissioned by the Poetry Foundation of Chicago, the work premiered in November 2017. The Dresser had the privilege of seeing this extraordinary experience January 24, 2020 at the Music Center at Strathmore in Bethesda, Maryland.

UNDERSTANDING WHAT WAS BEHIND THE SCREEN

Since 2010, Emmy Award-winning Manual Cinema, a performance collective, design studio, and film/video production company has been combining handmade shadow puppets, actors, cinematic techniques, innovative sound and music to create engaging stories. They use vintage overhead projectors (yes, those old machines used in the Twentieth century classroom to show students something such as a poem or a picture or a set of rules), multiple screens, puppets, actors, live feed cameras, multichannel sound design, and a live music ensemble. For those sitting closer to the stage, one sees not only what is projected on the screen but the whole beehive of workers who are setting up the imagery or acting for the cameras. It’s an evening’s lesson in theater and a philosophic breakdown of reality. 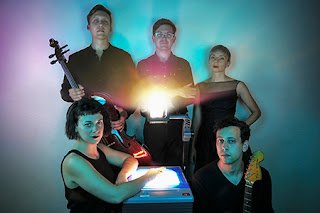 The Dresser also partook of the pre-show event which included a short lecture by scholar of Washington, DC literary history Kim Roberts and a series of poetry readings hosted by Dwayne B. More with area poets—Morgan Butler, Brandon Douglas, and Marjan Naderi. Roberts spoke about three Black women poets and writers with ties to Washington, DC—Georgia Douglas Johnson (1880-1966), May Miller Sullivan (1899-1995), and Gwendolyn Brooks (1917-2000). What these three artists had in common was that each was actively engaged in advancing the writing life of others. From 1921 to 1928 at her house on S Street NW in Washington, DC, Johnson hosted a weekly writers’ workshop known as the Saturday Nighters, which nurtured such writers as Langston Hughes, Jean Toomer, May Miller, Alice Dunbar-Nelson, Zora Neale Hurston, and many others, especially women of color. Influenced by attendance at the Saturday Nighters, May Miller went on to help establish the DC Commission on the Arts and Humanities as well as from 1960 to 1980 running her own writing salon for writers, such as Toni Morrison. In 1985, Gwendolyn Brooks was the first African-American woman appointed as Poetry Consultant to the Library of Congress, during which time she encouraged teenage, prison, and senior writers. 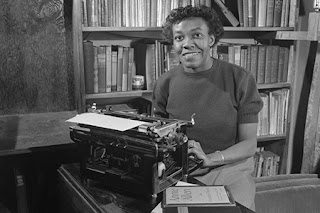 As multi-media/multi-arts performances become more prevalent, No Blue Memories: The life of Gwendolyn Brooks written by Crescendo Literary (Eve L. Ewing and Nate Marshall) stands out as a memorial to an industrious and giving writer of consequence and as an accessible, engaging educational experience of high quality in keeping with the philosophy of the writer being celebrated. While puppet shows are often thought of in the Western World as children’s entertainment, puppetry goes back thousands of years as a method of reaching a general audience, sometimes for political purposes, educational approaches, and always entertainment.

Poetry is a hard sell to American audiences because most Americans haven’t been brought up reading, reciting, writing and therefore appreciating poetry. No Blue Memories ably addresses how Brooks, a seemingly ordinary person—just like the audience who comes to see this experience of theater—gets involved and deeply committed to writing poetry, making this puppet show a seamless educational event. Stories about poets tend to draw a literary crowd made primarily of women. It’s a type of bias that was not at all evident from the nearly sell-out crowd at Strathmore Music Center. If the subject elicited a particular political or racial leaning it was this—it was a general audience that seemed predominately Black in the orchestra where the Dresser was sitting. It goes without saying that puppet shows pitched for adults pique audience curiosity, raising this question: what’s the hidden message but never what do I need to know before I see this?  Audience expectation is oh, this will be fun. Yes, No Blue Memories was fun and thought-provoking. 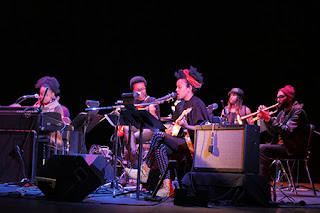 The Dresser assumes that part of the audience draw was the music initially with cool jazz elements by sisters Jamila Woods and Ayanna Woods and as sung mesmerizingly by their sister Kamaria Woods. Cool jazz developed after World War II and is characterized by relaxed tempos and lighter tone as opposed to the complex bebop of that era. In an email interview completed January 29, Ayanna Woods wrote, “Jamila and I wanted to model the sound of No Blue Memories after the type of music Brooks would have heard growing up. In the beginning of the play, we drew from jazz standards. As the play goes on, we introduced elements of funk and hip-hop.” When asked about the source of the words, Ayanna answered, “The text is a combination of Brooks' words, Jamila's words inspired by the poetry, and Haki Madhubuti's words (from his poem Gwendolyn Brooks).” Hats off to the musicians handpicked by Ayanna and Jamila—Red/Kai Brown on drums, Ryan Nyther on a beautifully plaintive, sometimes muted trumpet, and Brooklynn (Brooke) Skye on base guitar. The Dresser was particularly interested in Skye who was exceptional and without a biography in the printed program. Ayanna offered, “Brooke Skye is an amazing 18-year-old bassist and guitarist who attended Chicago High School for the Arts. She plays with a wide range of Chicago bands in the jazz & hip-hop scenes, including Malcolm London… Chicago is full of incredible Black musicians, and we wanted our band to celebrate that.”

The Dresser applauds the collective behind this theater creation for not shying away from racism and racial issues. When No Blue Memories introduces the fact that Brooks has won the Pulitzer Prize, two shadow puppets who are white women discuss that a “Negress” has won this prestigious prize and they go to her door to see who she is. Their mocking tone seems much like the uneducated, socially backward cartoon family of the Simpsons. What is remarkable about Gwendolyn Brooks is that she wrote poetry that appealed to the highly educated and she created work that spoke to teenagers who preferred the pool hall over school. This is a show for everyone and in keeping with who Gwendolyn Brooks was.

THE POOL PLAYERS.
SEVEN AT THE GOLDEN SHOVEL.

We real cool. We
Left school. We

Lurk late. We
Strike straight. We

Sing sin. We
Thin gin. We

The next performance of No Blue Memories will be February 22, 2020, at Lafayette College in Easton, Pennsylvania. Check the calendar on the Manual Cinema website at http://manualcinema.com/cal/
Posted by Karren Alenier at 2:50 PM No comments:

Karren Alenier
is author of how we hold on and seven other collections of poetry, including Looking for Divine Transportation, winner of the 2002 Towson University Prize for Literature, and her latest, The Anima of Paul Bowles. Her poetry and fiction have been published in such magazines as: the Mississippi Review, Jewish Currents, and Poet Lore. Gertrude Stein Invents a Jump Early On, her opera with composer William Banfield and Encompass New Opera Theatre artistic director Nancy Rhodes premiered at New York City’s Symphony Space Leonard Nimoy Thalia in June 2005. She is working with composer Janet Peachey and director Nancy Rhodes on What Price ParadiseShe writes a monthly column on opera for Scene4 Magazine at scene4.com.