Pop Operas Out of the Little Boxes

Folkish and rap-ish best describe Episode 4: The Bolts of Fortune from the four-part Tales from a Safe Distance, a mini opera showcase produced by the Decameron Opera Coalition.

For those readers who have not partaken yet of this vibrant, virtual—but not live—opera showcase, the Decameron Opera Coalition, a partnership of nine small opera companies spread across the United States premiered in the month of October tiny operas running from 9 to 15 minutes long. The libretti are inspired from Giovanni Boccaccio’s The Decameron in a contemporary update. The connecting opera is an extended piece operating across the four episodes called The Happy Hour by composer Peter Hilliard and librettist Matt Boresi. The last installment of The Happy Hour comes across warmly and memorably. Internationally known bass-baritone Lucas Pisaroni leaves the Dresser wanting much more.

On October 30, 2020, the Dresser saw premieres of Sourdough: Rise Up by composer Gilda Lyons with illustrator Chris Lyons and Corsair with music and words by K. F. Jacques. 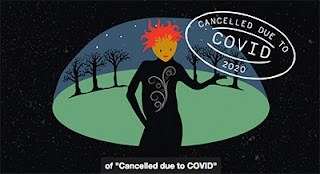 Sourdough: Rise Up produced by Resonance Works of Pittsburgh, PA features a story about creative people caught in isolation in the time we are living through (pandemic). One of them turns to making bread. While we hear three singers, we never see them. Instead what we see are drawings. Overall the story is uplifting and the music is easy listening in much the same way one might experience music theater. 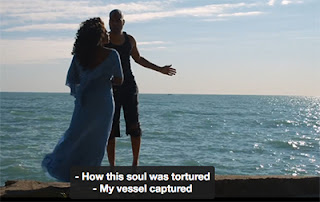 Corsair produced by Chicago Fringe Opera of Chicago, IL is a lusciously sprawling story of a corsair—pirate—trying to make his fortune but is stymied by bad luck. The music is a mix of hip hop, rap, and opera. The scenic shots of water and city landscape are beautiful and engaging. Some animation colors the scenic background. Composer-librettist K. F. Jacques is also the main character with a resonant baritone voice. Soprano Takesha Meshé Kizart-Thomas makes a brief and impressive appearance as a kind of Erda (mother nature) figure.

Tickets are priced ridiculous low at $15 for all four segments of this opera. Episodes 1 through 4 and their talkbacks remain available to be viewed at any time through December 31, 2020. 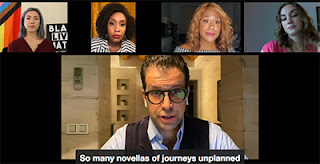 As is The Dresser’s practice, she give the last words to a contemporary poet. In “There is nothing terrible here to step out from under,” Nils Michals begins his full-length collection of “gem boxes.” The world of Covid-19 has put most of us into the little boxes of the Zoom platform which is what “The Happy Hour” mini opera both celebrates and laments. At least Zoom participants can see and tell each other Tales from a Safe Distance. Michals’ prose poem has the same message as “Sourdough: Rise Up” and “Corsair” and that is, we must recognize and be grateful for what we have and then rise above what has changed and keeps us from our paths to fortunes.

There is nothing terrible here to step out from under. No one says it is not a box, snug in the palm, and of a color and material of your choosing. You must open it. It requires an impossibly tiny key which (surprise) is hanging deep inside your left ear, as keys are wont to do, on a ring of stirrup bone. Remember: there is no terrible thing. The lock’s click will be satisfying in both feel and sound. No terrible thing, just a silvery darkness. Whatever near persons are telling you is probably true. Whatever’s in your pocket—chapstick, receipt for said chapstick, keys that no longer matter—you can remove and gift wholeheartedly to those persons near or far, familiar or strange. Say yes, here is my car. Here is my house. This is for the lips. Remember: the dark is silver-leafed, like a well catching the surface light in stages down. Don’t you see? No? Because once inside it is not (surprise, again) like a well. Once inside you must drift down. You must let yourself sail down into the glinty black, which is deep and wide. Of things that are deep and wide, this is deeper, wider, immeasurably so, and in time you will feel it as such, the change in tone, the drifting away of any undermost floor. It is a terrible, terrible thing, this dropping into nothingness. And it is not like a well at all.