On March 8, 2020, the Dresser attended a premier performance of Briscula the Magician by composer Frances Pollock and first-time librettist Robert Misbin. Bel Cantanti Opera under the artistic direction of Katerina Souvorova at the Randolph Rd Theater in Silver Spring, Maryland, developed and produced this ambitious production. This production's stage manager is Jennifer Blades. 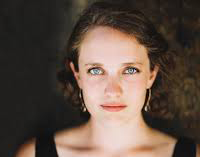 Some operagoers of the greater Washington, DC area may be familiar with Frances Pollock since she presented What Gets Kept, a 20-minute opera in the 2017 Washington National Opera American Opera Initiative. Work under development includes Stinney (which has won awards in workshop presentations) and Salt, a cross-disciplinary piece. Opera of Chicago and Seattle Opera co-premiered her children’s opera Earth to Kenzie. She is currently working on a doctorate in composition at Yale University.

Portions of the score may be characterized as accessibly atonal, while also including themes reminiscent of carnival music and waltz. Considerable stretches of recitative allow the stories of the various characters to unfold with elegance and clarity. In the beginning of the opera, the Dresser wondered about clusters of words that seemed squeezed into too few musical notes, but that did not persist. Overall, the music worked reasonably well for this complex libretto. 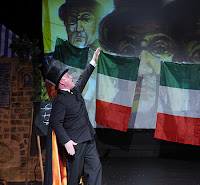 The libretto of this two-act opera is based loosely on Thomas Mann’s novella Mario und der Zauberrer (Mario and the Magician). Set in 1929 in a rundown seaside town east of Venice called Bibione Spiaggia, the libretto, as does the novella, deals with the rise of Facism. Shades of contemporary political discourse rear its head when characters in the public square of the town talk about making the town or country great again. 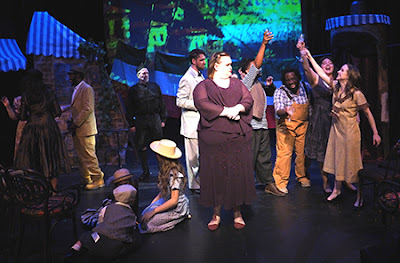 Central to this libretto is a young woman named Sylvestra (sung impressively by soprano Leah Brzyski). Sylvestra is the flower girl and all the young men seem to be in love with her, especially the café worker Claudio (tenor Michael Butler). Claudio who lines up with Mann’s Mario is hypnotized by Briscula (tenor Peter Joshua Burroughs) who is the stand in for Mann’s Magician Cipolia. In both stories, Claudio/Mario is humiliated by the so-called magic man. In Mann’s story, Mario kills the magician, but in Misbin’s story, Claudio attempts to attack Briscula, for mocking him about his unrequited love for Sylvestra and then for kissing Claudio on the lips. However, the town’s militants (called thugs in the cast list), dressed in black shirts, beat and kick Claudio, allowing Briscula to get away with shaming and humiliating Claudio and everyone this evil hypnotist has called on stage. 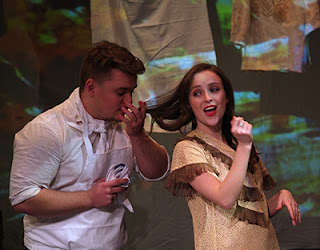 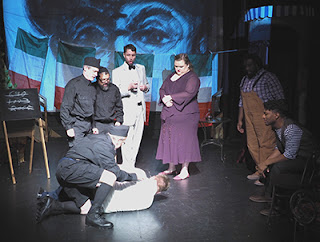 Puzzling was the unidentified female character who opens and closes the opera. Like Charles Dickens’ Madame Defarge from A Tale of Two Cities, she is an observer who sits and knits while events in the community unravel in an alarming way. The libretto summary tells us that this character is an “allegorical figure” who “is both observing and controlling the action.” Later, we see that she transforms to become Briscula and then, after he is attacked by Claudio, retreats back into the character of the mysterious knitter. Dr. Misbin’s artistic instincts are good in creating a play within a play, which has the potential to add a sophisticated richness. For someone who had an accomplished career at the Food and Drug Administration as a medical officer, one would not expect a flawless work. Perhaps his mysterious woman would work better if there were evidence that she was interacting and thereby visibly controlling the players on stage.

What is exciting about this production is that a small opera company that is community oriented, with some financial support for its entire season from the Arts and Humanities Council of Montgomery County and the Maryland State Arts Council, would give a young composer such a grand opportunity. Running  about one and ¾ hours long, the opera includes 13 singers, 6 actors, and 8 musicians (including Dr. Souvorova at the keyboard) as well as impressive props/set, costumes, and surtitles. Surtitles are an optional detail which speak to the care that went into this production. While there is a small amount of text in Italian, overall the work is in English. In theory, if the diction is good (and it was), most small opera companies might not offer surtitles.

Her cast of singers, a mix of newcomers and practiced performers, also speaks well of Dr. Souvorova and her stated goals, which include sending those studying music into the professional opera arena. In Brisula the Magician, everyone performs well and contributes to a theatric wholeness that delivers a thoughtful experience.

In Camille-Yvette Welsch’s poem “The Ugliest Boy in Christendom Considers Bliss,” the reader enters the thoughts of an adolescent boy that might draw attention to the plight of Claudio who is pulled out of himself by the evil Briscula. Under Briscula’s spell, Claudio reveals his unreturned love for the flirtatious flower girl Sylvestra, who is Claudio’s “absent Eve.” Except Briscula makes Claudio kiss him and then snaps Claudio back into reality, such that Claudio moves from momentary bliss to feeling that he has just had a homosexual encounter. The Dresser cannot help but wonder if Thomas Mann, if not Robert Misbin, was addressing the consequences of political brainwashing.

If I were the first person in the new world,
symmetry would not equal beauty.

A face, split in half, should not
recast itself. That is a sign

of evil, doppelganger. In this new world,
I would be Adam, etymologist and poet.

One plus one would not equal two.

Nothing would be whole, no parts
would fit. All uneven pieces, we would tumble

by Camille-Yvette Welsch
from The Four Ugliest Children in Christendom

Briscula the Magician has two more performances March 14 and 15, 2020.