Beyond a Dead Letter Office 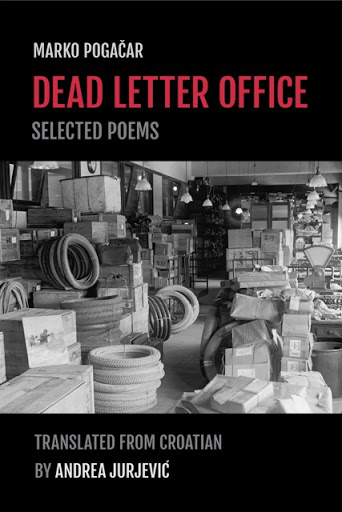 In this anxiety-producing and surreal milieu of historically troubled times in America, the Dresser has been pondering how best to talk about Dead Letter Office by Marko Pogačar as translated from Croatian by Andrea Jurjević. The lead up to the United States of America presidential election has devolved into shockingly dark times as the new post master general with an ironic last name DeJoy has been stealing mailboxes off American streets—the Dresser says stealing because he notified no one of his action. Furthermore DeJoy has been dismantling and destroying expensive letter-sorting equipment in over 500 mail processing plants. The sitting president without a blink says his aim is to stop American citizens who cast mail-in ballots during the November election from having their votes counted. The nightly news in America seems ripped from the pages of Pogačar’s book.

The Dresser confesses that Dead Letter Office, a beautifully produced book of nearly 100 pages by The Word Works is intelligent, often comical in a bizarre fashion, but deeply black in its mood. The author and the translator— Jurjević is also Croatian—lived through the breakup of the former Yugoslavia and its gut-wrenching social unrest and wars.

Free speech is a casualty under oppression and certainly control over the post office is a target of an oppressor. In “An Orange Apologizes to the Tower of Babel,” the reader gets a glimpse of what is happening at the narrator’s post office.

AN ORANGE APOLOGIZES TO THE TOWER OF BABEL

Where’ve you been? long time no see at this dangerous seashore—

I say to myself. but think of the tight north room,

the bed with a heavy body embroidering

a sheet with roses which growl at me from the seams,

yet to speak is to sin: speech is nothing but an archive of errors.

together with nature, presses hollow stems into the skin.

a slip in a pit’s heart.

there’re psychics on TV news and fascists in minister’s armchairs,

at dusk they swallow darkness, fend off the night: they don’t give 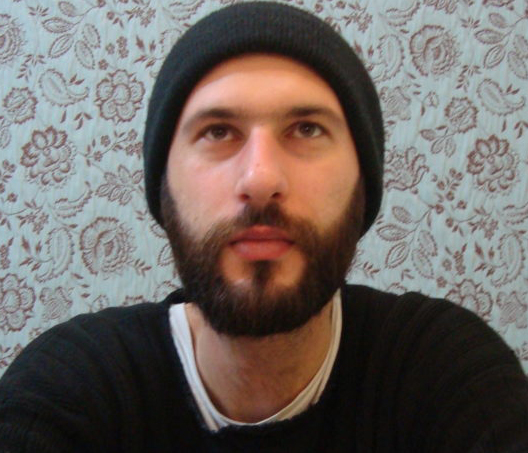 Should we take the narrator to be an orange, one of many which seems to be having trouble maintaining a love life? Could those hollow stems pressing into skin be the unexercised human male penis? Is the orange a metaphor for a man like the poet Marko Pogačar who is from the beautiful seaside paradise of Split, Croatia where orange trees grow in abundance? Pogačar? whose mother was a Split postal clerk. Nonetheless, communications have broken down. Has the missing other he/she/it moved or died? Is this where we find both the dead letter office and the Tower of Babel?

At day’s end, the oranges have swallowed darkness and don’t give a damn. The Tower of Babel has been silenced because nothing is happening at the post office.

Dead Letter Office opens with “Man Dines in His Father’s Slippers.” This poem, which appears in Croatian and English, is illuminated by “An Orange Apologizes to the Tower of Babel.”

MAN DINES IN HIS FATHER’S SLIPPERS

What used to be the borders, is now you.

it was May, deep and flat,

the street gutted with roadwork, the snow

I didn’t owe anyone anything.

I stood by the doorposts, the water

frozen by fear soaked my back.

and when I closed my eyes I saw

popcorn rush toward its salt and I knew

I entered to face the sickening scene:

not love, stupidity, stupidity is the heart of the world—

and now in those slippers I eat and cry,

only eat and cry in the house.

The you in the first line can easily be the missing lover of the apologetic orange. After all the I of “Man Dines” declares “not love, stupidity, stupidity is the heart of the world—/ and now in those slippers I eat and cry.” However, as series editor Barbara Goldberg says in her helpful Preface the you could be “the poet himself, his father, a lover, the reader.” This ambiguity speaks to the large reach of Pogačar’s work. 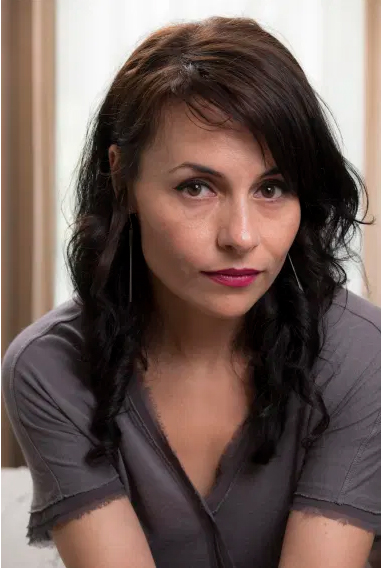 Seeing the original Croatian poem was a joy to the Dresser who does not know anything about the Croatian language. However, the Dresser could pick out meaning from words like papučama (papu-father’s čama-slippers) and glupost (stupidity because of the repetition in that line). So reading the Translator’s Introduction about Pogačar’s musicality and use of punctuation made all the more sense. Based on what she said in her Introduction, Andrea Jurjević, who is an accomplished poet herself and who teaches at Georgia State University, seems to be an astute and sensitive translator for Pogačar.

What the Dresser likes best in Dead Letter Office is “The Lake,” a long poem in 15 one-page parts occupying the second section. It is lyric, surreally comic, literary, and increasingly toward the end political. The lake speaks such fascinating lines as:

“a flock of headless birds takes flight from me and falls on your/ chest. grass.”

“what can a cow say about the lake? I get up in the morning, moo/ and chug of water, all damn day I think of Tolstoy/…he tortures me with words…”

“what can a psychoanalyst say about the lake?/ a mistake, whiteness arrives from all directions,/ like a just love. once the tongue inside me knew all its words…”

“Fear is a minor angel,/ a little Goebbels who died in sleep, my/ shores were once a long and gentle avenue, a curved/ dagger in God’s thigh…”

The collection ends with a notable lack of optimism in “Waiting for the Song.”

WAITING FOR THE SONG

You lie down and wait for the song. still.

branch waiting for a bird.

often a robin, or a finch.

you lurk festive in your silence, quiet

under the skin of the sheet damp from sweat and breath,

hot from the body, as if you’re waiting on a low cloud.

you scratch. twiddle your thumbs, blink, at times

correctly, at times not, but stay still.

outside the winter bites. blood freezes,

skin tightens the back, the wind belts and branches

of oaks scrape the rapids in the fog of windows.

that’s all you hear and see. you know between

you and the world stands the glass, that nothing

can land on you. still you lie and wait for the song.

you wait for it.

The narrator of this poem is desperate to catch a bird, something preferably with song, but he is inside his house, looking out a window on a world that is so cold it freezes one’s blood.

One thing for sure, this Croatian poet can communicate to a large part of the Western world who speaks English, thanks to Andrea Jurjević’s translation, which goes well beyond a dead letter office.

Thanks to Hal Greenwald for reading and discussing Dead Letter Office with the Dresser.